So this bike isn’t getting the use it ought to have and with an imminent move, I’m not going to have space to store it, so I wondered if someone was interested.

I think that’s all the main stuff, but it’s had a lot of modification so there may be other bits. All the work was done by FB Magazine and JHS racing. The tax and MOT has just run out, but I may put a new MOT on if required, but it will probably be daylight only so save faffing about with a load of lights etc. You might need to play with the fuelling a bit to get over a flat spot at about 4k rpm and there’s something wrong with the fan switch, but I’ve got a new switch and the circuit / fan etc is all working OK, it’s just the fan isn’t cutting in.

I’m looking for £750 to make it worth my while to sell, so only very close offers considered.

I can send some more pics if required, bike is in Fulham so come have a look.

can you re-upload those pics so they’re bigger please?

how about click the wording that says ‘enlarge this image’

yup, takes me to another site where they’re a miniscule bit bigger

Yep here are a few more 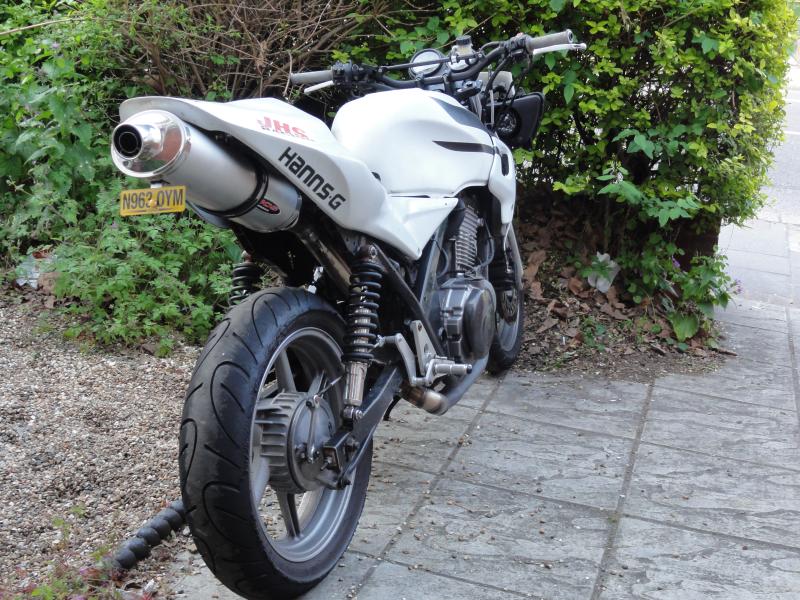 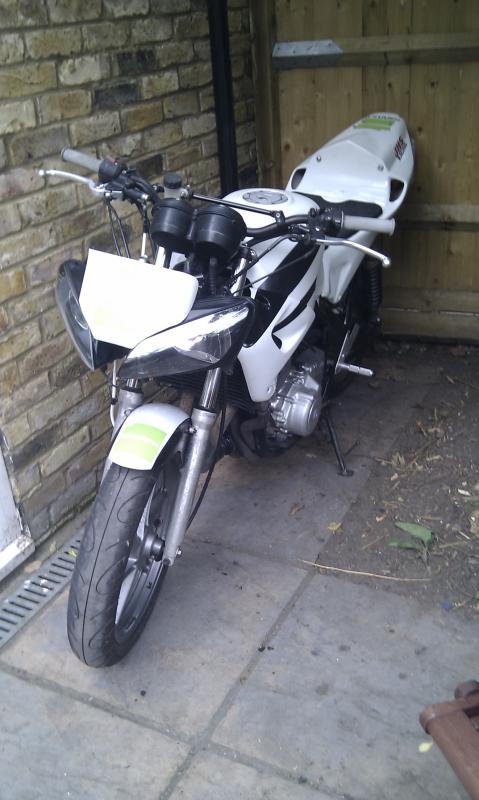 This is an older pic with a different exhaust, but you get the gist… 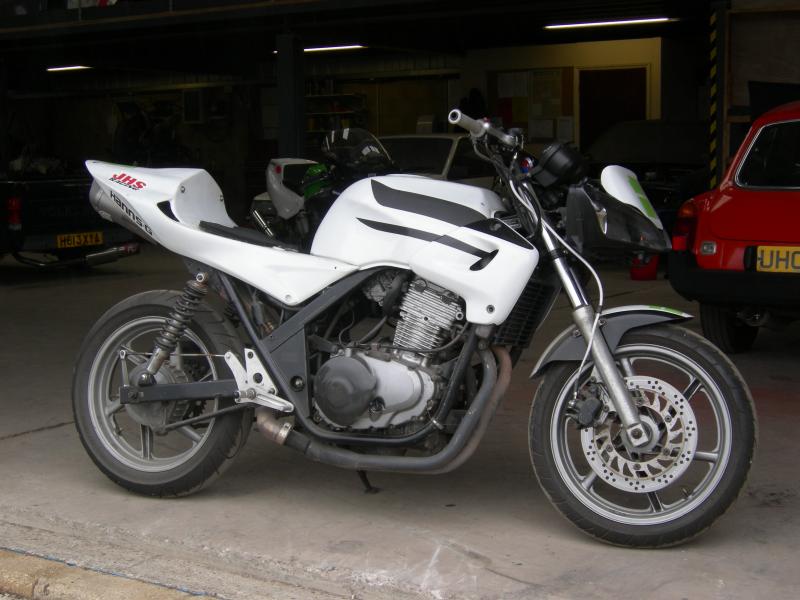 Forgot to add, I’ve got bigger number plates for it, plus a rear light set. I also have all the articles of the original build in PDF form.

i know how much fun these bikes can be. i wish i could take it off your hands

It makes a wicked noise, the induction from the pod filters wins over the exhaust! Its great fun in town and incredibly nimble on track (though it’s only done one day), I just don’t get to ride it a great deal now.

As it hasn’t sold I’ve taxed and tested it so it now has a full MOT. I’m having some fun on it but am still open to selling it if someone is interested.

When you say FULL Mot does that mean a 12month daytime MOT?

And what are the rear lights that you have? will it be much faffing about to fit?

Sorry Daws, been away and missed your post. It has a full, normal MOT, not an MOT with a night time / poor visibility advisory on it, often referred to as a ‘daylight only’ MOT, given to bikes without any functioning lights. The rear lights comprise a dual purpose brake / running light unit, plus two LED indicators (with delays). They are attached to a Lightech tail tidy along with the numberplate, the tail tidy was in turn bolted to the underside of the rear fairing. The exhaust is now in the way to do that, so you’d just need a bracket round the exhaust to attach the whole unit to, or make an extension to the rear subframe.

I’m going to put her on ebay at the end of next week with a £500 reserve, but I’d rather it went to someone on here. In the meantime here are some better pics: 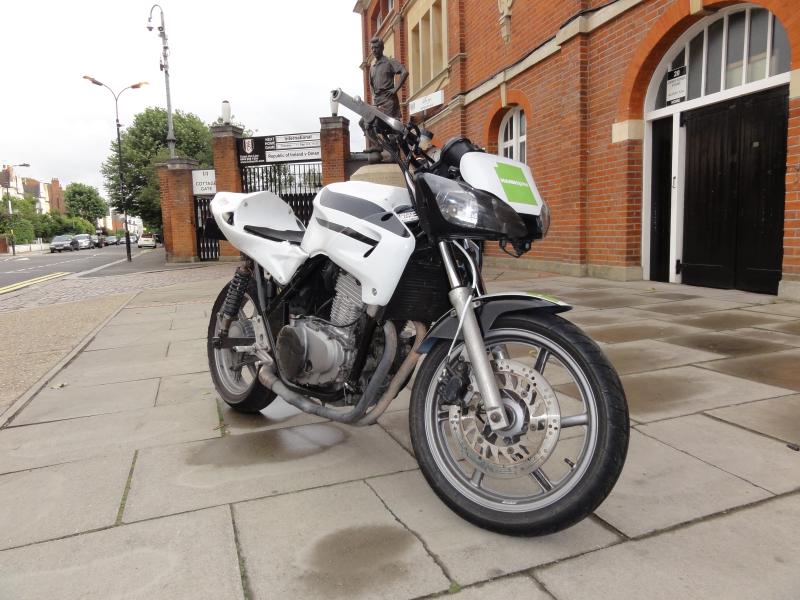 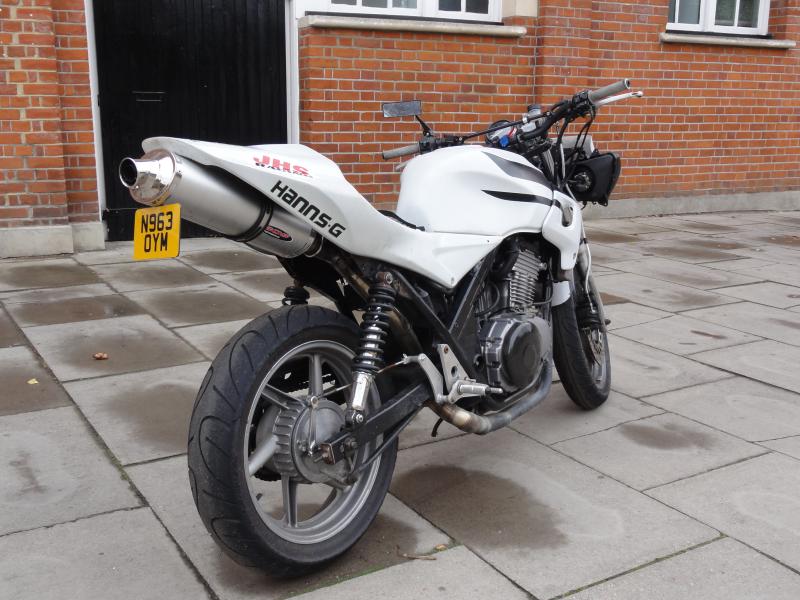 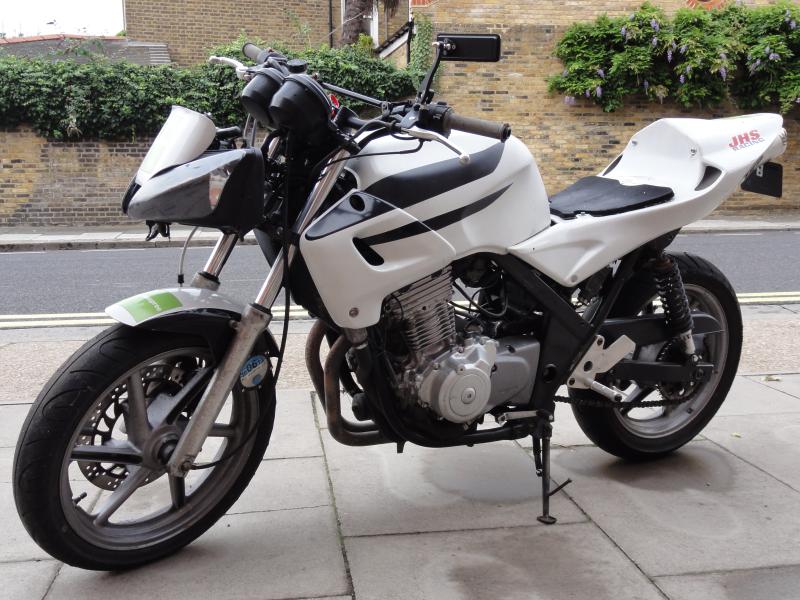 Ah, I wish you got back to me sooner…

I have no funds to play with now

Good luck with the sale.