Here are two pics of what’s left of my folk’s TT. They were hit in Scotland last Thursday and amazingly walked away with bad bruising and my dad lost the top of his ear. The woman who caused the accident has been charged with driving without due care and attention. Thank god for air bags! 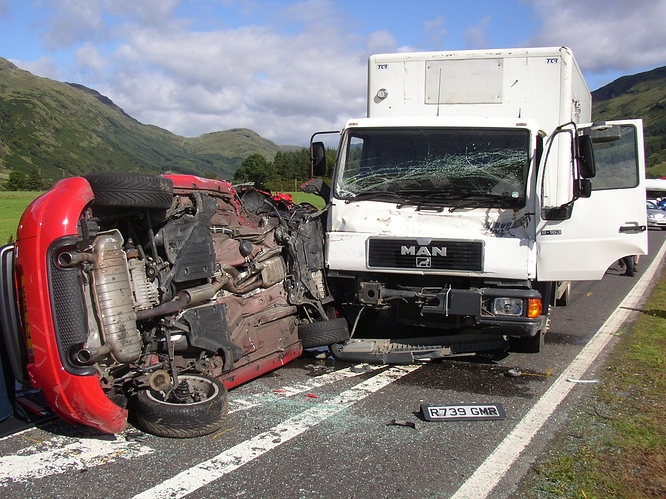 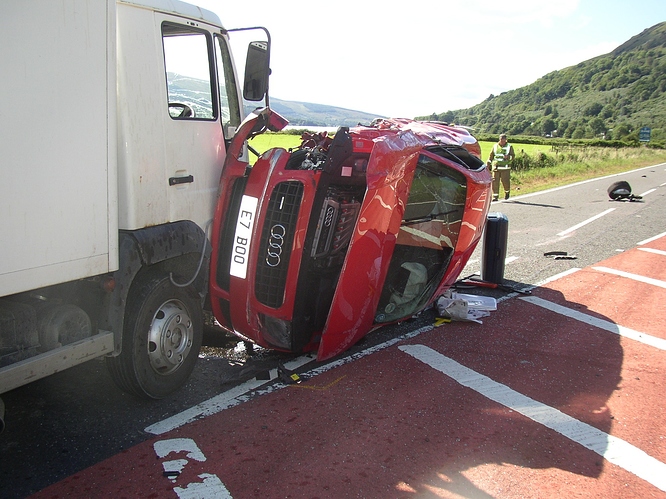 Jebus! So sorry to see this… it’s a miracle they’re ok! x

Blimey…that looks bloody nasty; glad to hear they are OK. Lucky those cars are so well built. All the best to your folks Justine.

holy crap - glad it wasn’t worse for them - (no consilation the other driver being charged - but at least its something) hope they are ok!

can ur folks buy my lottery tickets…

they were so lucky Justine!!

Holy moly! That looks nasty! Glad they are ok… well, as ok as you possibly can be after that. Wishing they have a speedy recovery from their injuries.

Ouch! Soz to see that

Glad to hear they’re ok (as they can be after experiencing that).
wishing a speedy recovery to them both

OMG! It’s amazing how they both got out with minimal injuries by the looks of it!

Hope they get better real soon!

Jesus Christ Justine! They look bloody lucky! Sorry to hear about your Dads ear though

Seriously though Justine, glad they are OK…

Justine, sorry to hear this, glad there were no major injuries.

Is it the A9 it happened on, think I recognise the road ?

OMG Justine, those are some truely scary pics! glad they came through more or less OK

Not sure dude. Happened at the top of Loch Fyne at the Oyster Bar. I can’t think of the name of the road, but it could be the A85. It’s not too far from Calendar.

I was shocked when I got your text about this the other day, the pictures show just how much the car did to help them…

Hopefully the dozy bint who caused it will be punished to the maximum extent of the law, the consequences of it being a bike involved rather than a car really do not bare thinking about

Glad they are OK, that was one nasty crash.

blimey!!! guess the angels were out that day!!! glad they are ok x