I’m in the market for a new camcorder which is mainly used for recording from the bullet cam attached to the bike.

My last cam was a Canon MV6i MC MiniDV. Worked real well although it did suffer from short battery life and occasional tape skipping on the bumpier sections of the TT course.

This cam is now dead with a broken door mechenisim and its not cost effective to fix it.

So… Whats the best cam to go for under 500notes which is small. Anyone had any experience with Hardrive Camcorders?

I had the JVC Hard drive one on test a while ago on the bike and it jumped far more than tape.

If I was buying a new cam id look at the Panasonic Small units with 3CCD… EBay has lots of them .

I run a Panasonic and it’s terrific, although if I was only using it for bike vids I’d get an Achos PVR unit.

I’ve got one of these on the bike. It’s great for recording everything from town riding to track days 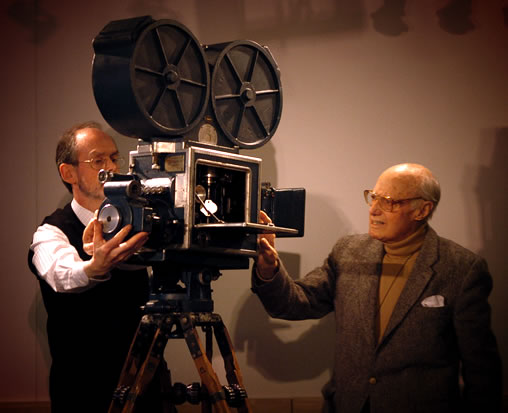 does that go on the helmet or the tank ???

ive got canon mv730i mini dv camera which takes analog input as well as digital, had better results with the analog remote cameras, and they are cheap, got remote cams from a ebayer called tinifish, and leads to go between from another ebayer called dennis_smiley

its a bit heath robinson but gives reasonable results, found always best to use new tapes when doing on bike as old footage can skip through when re-using

that kit is awesome, but is almost 1000 euros when you buy the 100Gb and camera unit.

The post is funny enough, but what cracks me up is how everyone just carries on around it, with barely a pause.

Or am I the only one who can see MMs posts? Now I’m worried.

Andrew: Its called trying to stay on topic!

I’ll look into those ebayers… cheers. I’m also interested in the PVR and I wouldn’t need the 100gb one really!

If your going down the PVR route then see if you can borrow one before you buy it. As i said when we used this on setup in a Caterham race the results were shockingly bad.

Also the max capture from the current bunch of PVR’s are 640x480 which is no where near good enough for high quality video.

I got your solution right here…

Me & MM are virtual pirates, sailing the virtual seas, hijacking threads and keel-hauling those who get in our way.

At least until the tranquilisers kick in

Think I’ll be having a… mmmmmmm, yes a Ritz Fizz. That y’all havin’

you can buy any recoreder with AV input - or convert your tapes to PAL after.

also, as its saved on an SD card, you can convert the footage on your computer and write it direct to DVD

SO why would they mention it then? I dont understand

watch out for av and dv inputs the canon takes both but its the only one that i could find that does, your bullet cam is prob dv…

i use sd cards in the camera sometimes instead of tape need gig cards to any decent length footage, but tend to get decent results, makes it all a bit more expensive though e buyers were doing gig cards for around 55 pounds though so worth shopping around

on a related note can anyone recomend a mic that goes into phono or rca if you prefer type plug? some type of windproof one if such a thing exists?