All parts from Daytona 600 available, pm for prices

Scorch - what’s needed to get it up and running again…and fit enough to pass an MOT?

Its mot’d and taxed until the middle of next year

Reason for breaking: Sick to death of chasing down an erratic idle. I’ve had the bike for 3 years + and I have never felt satisfied that its running properly. That and I want something bigger, and I have just run out of patience and time.

Bad points:
The compression rebound screw on the rear shock is seized.
Most of the fairings are a bit tatty.
The idle issue
The sub harness is a bit tatty in places, I was in the process of repairing a couple of connections when the tank fell off its perch and…
The tank has a nasty scratch in it.
The fuel connectors snapped, along with the wire to the fuel pump.
42000 on the clock

Comes with some spares. If anyone fancies the project make me an offer. I’ll hold off the scavengers until the end of the week.

Out of curiosity is this carb or injection?

My tutor might want this… I will let you know. (wont be seeing/speaking to him untill thursday tho) so il let you know if you still have it

How much are you looking for?

Got to be worth a grand hasn’t it? I think I’d make around that parting it out… 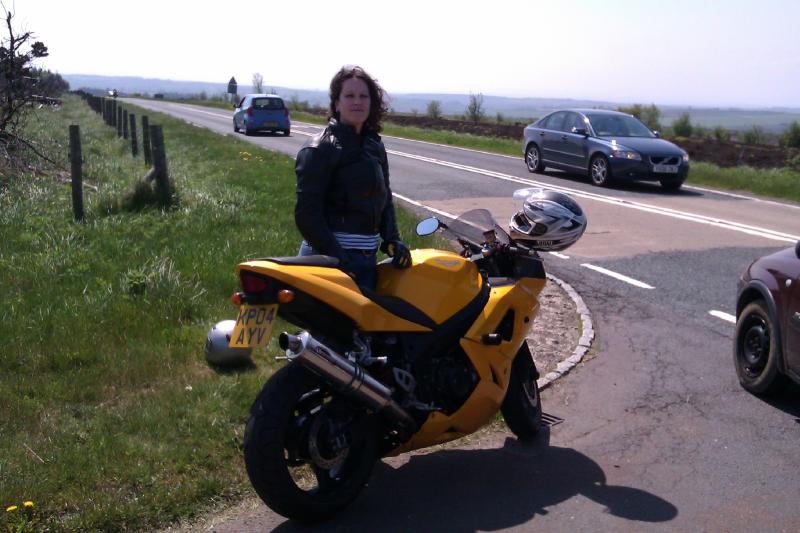 does she come with it?

does she come with it?

Damn, beat me to it. However, as pissed off as the wife would be at me coming home with yet another ‘project’, I’m sure she would be really pissed off if I came home with both of them for the grand. I’m not even sure the ‘it’s my birthday’ excuse would wash…

Well I asked her on your behalfs, she doesn’t seem keen…

Well I asked her on your behalfs, she doesn’t seem keen…

To be fair though, she hasn’t met me.

I suspect the answer would be ‘Hell no’ if she had.