I was out friday night with the LB’s and noticed that a many of the bikers had a ‘sweatband’ around their breake resivior. They looked good and was wondering where i can get hold of one. Tried ebay but not much luck only a couple which weren’t right colour/make.

Would appreciate any advice!

Iv a black Fast bikes one if you want it ??

Cheers mate thats good of you. Will continue looking for a couple more days and if no luck will take you up on that offer!!

You going on the france trip?

I’ve got some Ducati ones if you want!
Your bike will be slower and may brake down! (I THOUGHT GET IN BEFORE ANYONE ELSE) 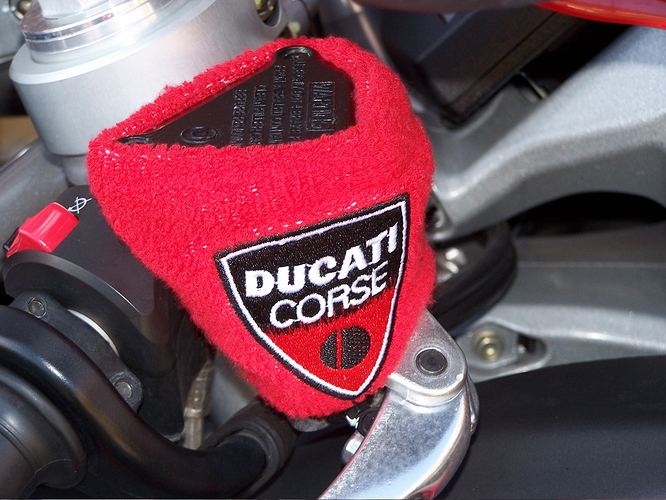 look up arlen ness leathers mate , they do them ,

i got two berik ones at the nec for about £2, maybe the ally pally show?

More to the point, why do people have them?

To stop degredation from sunlight

To hide how dark and worn out your brake fluid is

To pose - because racers do it

Take your pick from the above

i got some as jay had some on his gixxer!

Got mine free with a bike Mag. Looks better than the brake reservoir on its own IMO.

Not wishing to be funny, but isn’t the resrvior a sealed unit? Surly this wouldn’t leak? also I am a little dubious about the sunlight…

However i do agree with all the other points!!!