According to Spanish website SoyMotero.net, BMW will present this special HP4 version of the S1000RR in September, presenting it as the ideal bike for those who call the track their ’second home’.

Although engine and chassis have remained virtually unchanged in he comparison with the standard model - as well as the claimed output of 195 hp - the various tweeks by BMW to an weight loss of 8.8 kg (199.2 kg wet). Changes made are: adaptive suspension, revised electronics, Traction Control, Launch Control, Akrapovic titanium exhaust cand forged wheels.

The BMW S1000RR HP4 comes with a special white and blue graphics and a different layout of the instrumentation. The bike should be unveiled in September (as model year 2013), and the price, though not yet official, should be around the € 20,000 mark. 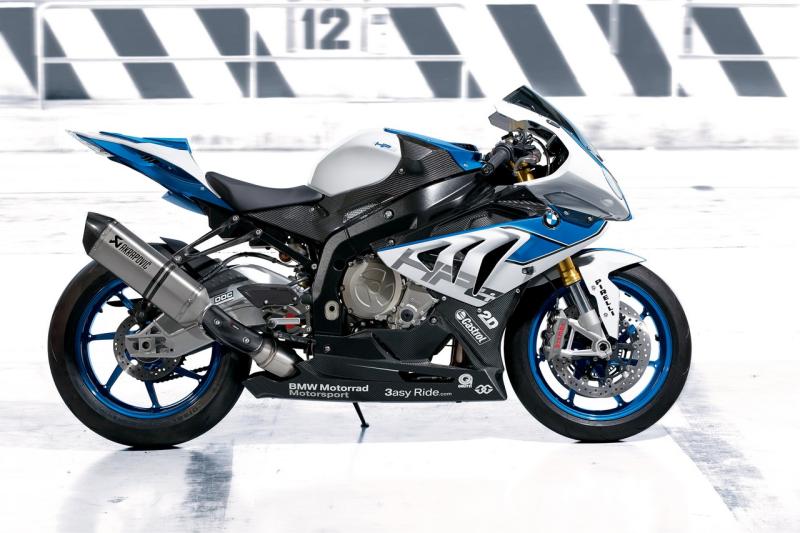 so 1hp per kg then. fucking hell.

so 1hp per kg then. fucking hell.

depends, how much do prawns weigh?