Interested in learning about comparative versatility, green laneing aptitude and the general performance of both.

For engine performance two heads should be better than one, for throwing the machine around off road proper the single should be much lighter and therefore easier to balance

Ones got tWo cylinders the otHer doesn’t 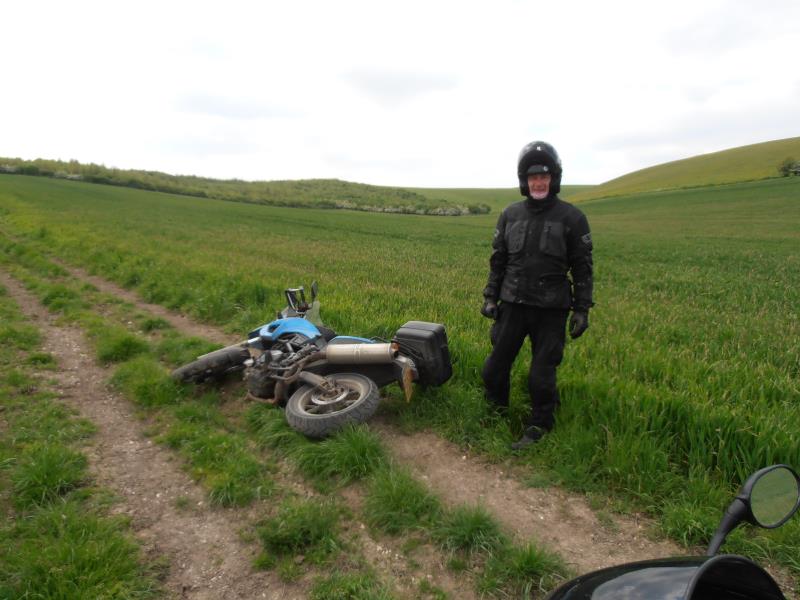 Dakar should be better off the black stuff.

I like the Dakar - and was particularly keen on Claire’s but was not paying enough attention to the interweb when she sold it, so missed the boat at the time.
Am thinking of a more green lane enduro style hybrid bike, which goes on road too, to compliment the Triumph. I can’t afford and don’t have the room for three bikes, but Ally is selling her BMW ( which I originally thought was the single cylinder but is the twin) and am tempted

will knock either of the beemers off any rutted track.

this is the definition of green laning potential, but it could take up anywhere else too.

I do like the CCM as a bike, was looking at one back in 2007’ but ended up getting a Hornet at the time

the link to the latest model looks awesome for both (but not cheap:) )

no, suppose not, but that is a lot of bike for 8K and it may well be the only bike that really ticks your boxes.

The 450 X was BMWs only real attempt at a greenlaning bike in recent times, which were meant to be good but had a weird air shock prone to failing. Bikes like the old and new Dakar love long open fast tracks and do less well on our slippy, rutted, technical green lanes. I include my ktm 640 in this category of overkill, and I’m not really sure they make much sense until you get into ’ the outback ’ which I’m yet to find in any quantity in England.

If you’re looking at a second bike my suggestion would be to get a full on dirt bike between 250 and 450cc, keep it on knobblies, and pick your day to be either offroad laning or onroad riding and not a mix of the two.

Most of the regular off roaders seen at Newlands go with 250’s. More than enough power and light enough to pick up when down.

Slightly off topic, these guys use 250 Honda’s for their guided tours off road around Dorking. Chance to try before you buy. Quite fancy giving it ago myself.

Not to bad on gravel but not up to proper off roading.

Thanks folks, is is excellent

I have got a second bike, a ktm 200, which is great - a little supermoto for some green lanes and commuting, but was considering trading it in for something that is an off road on road hybrid, like the Dakar.

The Triumph is perfect for on road and some Jetstream ride conditions ( although it is not great on the motorway ) so I kind of thought about something different in addition, that compliments it and doesn’t do exactly the same thing.

Now there is a thought - but is the Tiger as fun as the triple?

Now there is a thought - but is the Tiger as fun as the triple?

Three cylinder engine, same as Striple. Bit taller, bit heavier I think, wouldn’t want to take it green laning. Mate Steve (Tango) has one. Personally I think stick with your Striple R and get a 250 off roader as Martin, aka whereisgibson, suggested.

Mark is spot on - rough, crappy roads, hard pack dirt yes. Brilliant when the weather is terrible. Green laneing, not a chance. Not sure it’s the right bike for you Hels. Thought about a Tenere?