looking at getting a chock to hold the front wheel when the bike goes on the back of the truck. seems to be a few options based around the bike grab (some smaller, one like the baxley one that seems to be more clamp like).any of you use these/have found better options?

typically in the US there is a fair bit of choice. only real criticism of hte bike grab one that i can see is that the front loop sections protrodes a fair way, and will presumably rub against the front wall of the truck bed.

example of a US one: http://www.lockitt.com/BikeStands1.htm#condorpits

blimey, no reply and still the second highest post in the Bike Talk section - quiet day in here!

On their accessories page they do the sort of thing you’re talking about.

OK, it’s designed for their trailer, but once you’ve got the mechanism (£40), should be easy to knock up something to mount it on that you could bolt to the pickup bed.

You have seen the one in my trailer, and in fact you have wheeled the bike in. its ok, comes with a mounting plate so it can be removed with one bolt, and returns the trailer to a flat bed.

Agree it does add a few inches onto the length of the bike when it in, but works well, dunno what else to say, apart form you still need a strap or a channel for the rear wheel otherwise the bike skips around a bit.

Your welcome to come and have a poke around it if you want to see one on the flesh.

That’s not a good advert :laugh:

dunno why you are bothering…

Theres a channel on the pick up bed, wheel the bike up on the RH side of the truck, put bike on side stand whilst you put bar straps over handle bars, sit on bike whilst you ratchet down bar straps (not to tight as it dont need to be, as the are for sideways stability really, plus if you ratchet down too much theres a chance of popping a fork seal) then use another 1 or 2 straps to pull the bike forward… jobs a good 'un

I’ll go fetch my ramp next week or over the weekend and we’ll have a play. 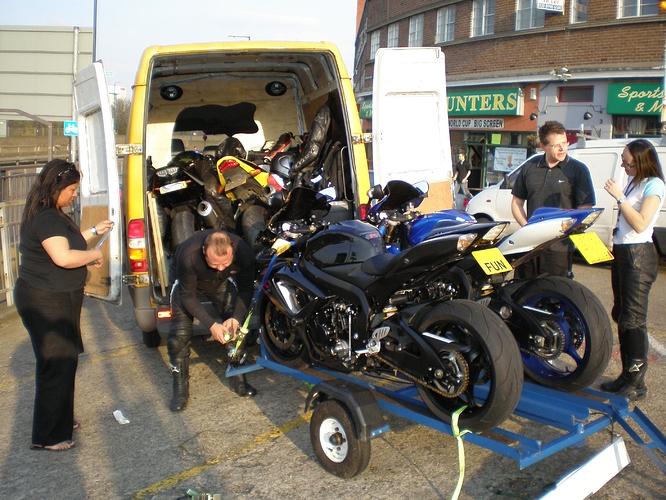 i was looking everywhere for one of these for my van till i spoke to AdamH who told me to screw a bit of 4x2 to the floor of the van, so the front wheel goes over it and sits between it and the bulkhead panel then strap it down front and rear, so i did this and it is perfect.

thanks guys. i’ve attached a pic of the back of the pickup. the metal channels on the side, and in the floor (the covers are on) can have moveable anchor points inserted.

the back tyre of the bike will set on the tail gate fine, and going to tie it down with one of these that i got at the NEC: http://www.superbikeschool.co.uk/product.php?show=2,19,58 Will stop the rear bouncing around (ahem)

defo liked the bike grab thing on your trailer trigger. part of the issue is cost as per usual. basically tryign to work out if the bikegrab is overkill with the other stuff i need to buy-

2nd pic is effectively what a 6 foot ramp will look like against the flat bed and its a bit steep! 9 footer is goign to be required. there’s then the question of elevation - do i use something to step up with beside the bike (coming back down again strikes me as being tricky) or get 3 ramps and ride it up. prob is a 9 foot ramp will set me back 140 odd each!! 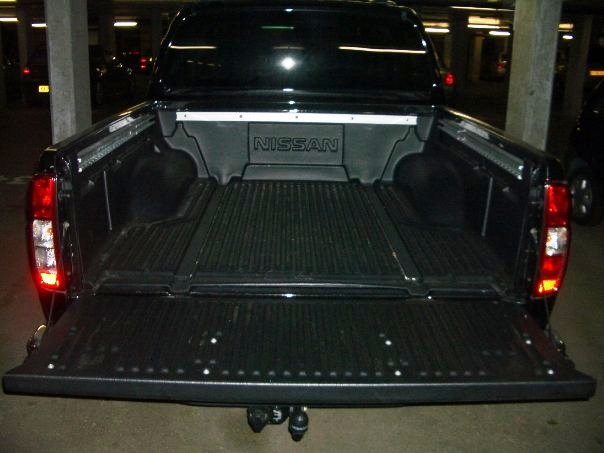 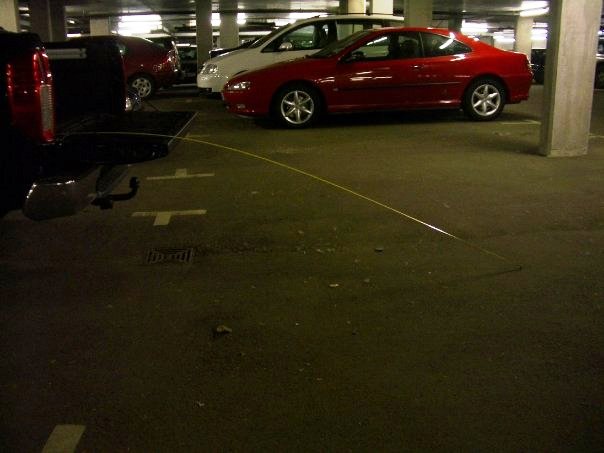 JB, I’m curious as to why you bought a pickup and not a car and trailer too.

In theory seems like it would’ve been the cheaper option seeing as there are plenty going on ebay :unsure:

JB, I’m curious as to why you bought a pickup and not a car and trailer too.

In theory seems like it would’ve been the cheaper option seeing as there are plenty going on ebay :unsure:

b’cos he’s a ponce :PIn all seriousness he wanted something that will do everything, a bike carrier, people carrier, maybe something for business next year, and hasnt got the space to store a trailer!

yep, like jonesy said. once on the back, its all good.

just dont want to waste cash getting stuff i dont need, and haven’t trailered a bike before so being a bit cautious bit like this- 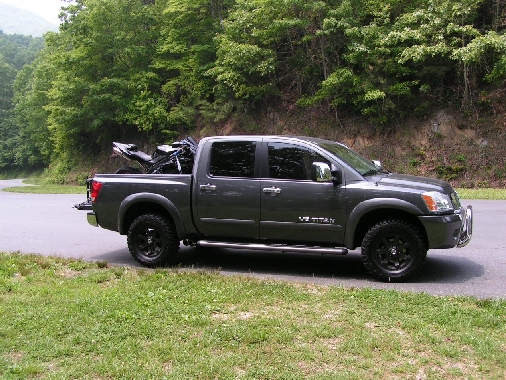 am i transporting your blade too now?

just as well, as i phone the guy stocking the 9 footers to check on stock and the ramp details, and he’d made a mistake and they aren’t folding!

so can get the 3 ramps for the same price as the 9 footer. result!

ramps arrived - looks like they’ll do the job nicely

fortunately they come with the straps so can attach to the towbar for a bit of extra security when riding up it. 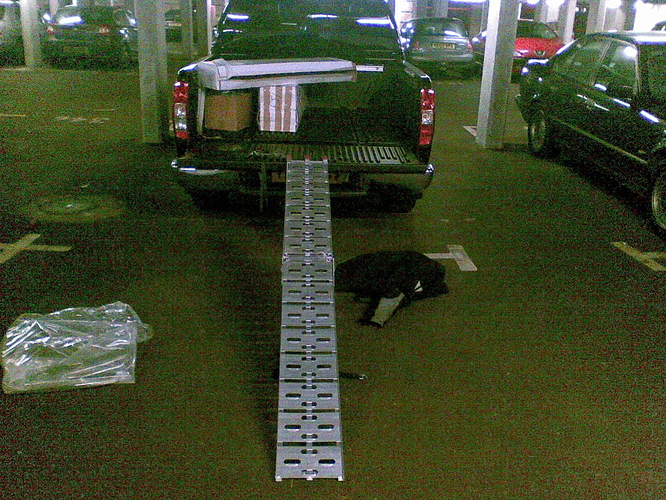 have you guys seen this trailer:w00t: look cool & would be easy to store but the price is a bit ott www.bikelug.co.uk

have you guys seen this trailer:w00t: look cool & would be easy to store but the price is a bit ott www.bikelug.co.uk

yeah, pat also put up the link earlier in the thread. great design but like you say, fairly pricey, esp as i’d then prob need to think about getting the 2 bike one as the gf is planning on joining in on the track day action (in theory).

if you’ve got a car that can tow easily and just need to occassionally bring the bikes its pretty much ideal.