Hi all, the scrotes stole my bike couple nights ago. Heard alarm at 02:30am and walked outside to turn off alarm to see the back of it vanishing into a white van and a hoodie looking at me scared. I ran for the van but the door slammed shut and it sped off down the street. Van reg - ND06 FGG
They stole,
Suzuki GSXR 1000 K6. Black
VIN/ Chassis/ Frame No. JS1B6111200103382
Engine No. T713-145136
I no doubt this bike will be broken down to its component parts and sold on.
Right hand side panel has a couple scratches.
Tinted Indicators front and back.
Tinted Screen.
Micron chrome curved exhaust silencers.
Lust crash bobbins.
Pazzo leavers.
Power commander III USB.

So, if you come across anyone selling an engine or frame etc please keep this post in mind.
Thanks peeps. All the best. 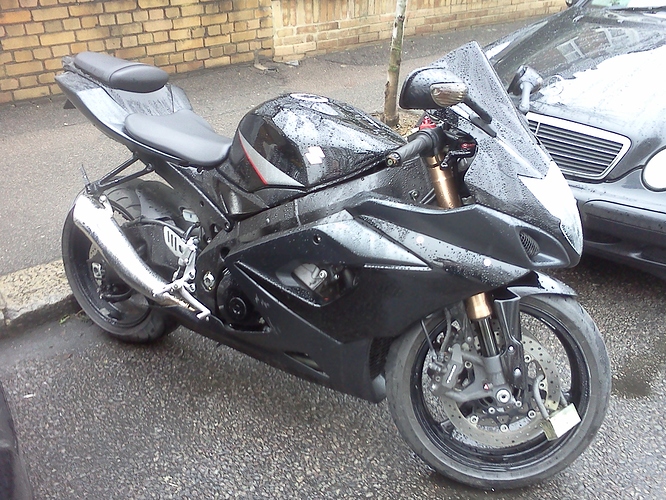 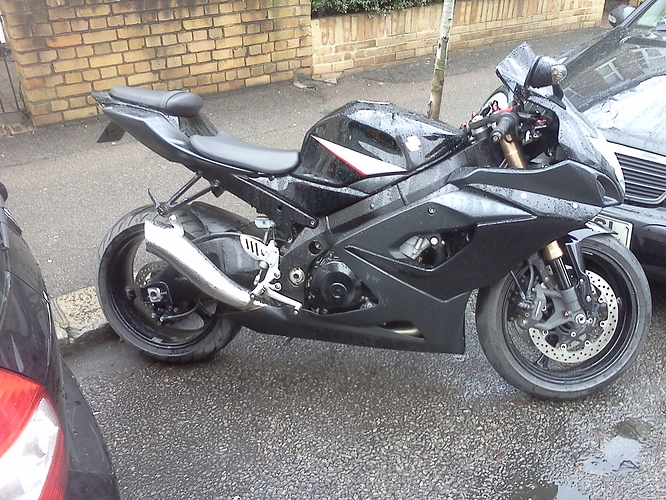 ah shit… not another one

Put it on the SVD as well…

nicked from wot area and you parked it on the street overnight?

Bad news, is it getting worse???

Bad news, is it getting worse???

and people making it easy for em.

Useless now but you should put the disk lock on right under the caliper. Then it can’t be pushed forward at all

so sorry to hear that mate, hope you hear of something.

This is becoming the pits!! Don’t forget to put your details on the stolen vehicle database. That’s the second one in the last couple of days. I was helping a guy who PM’d me about advice for a tracker because his last bike got stolen and he was getting a new Triumph 675 but the insurance companies wouldn’t insure him for less than £2000 and only wanted to insure him 3rd party :crazy:

I’m crushed for you mate. That’s an awful thing to have happen to you.

Horrid news - feel for ya fella. Hopefully the van accellerated off of the road and down an embankment where the occupants were duly decapitated. Sorry, this stuff infuriates me as I am sure it has you.

dont look like he has come back since posting said thread.

Have the police said anything about the number plate?

Police said van was registered to a hire company and that they need to do their checks. Hoping but not holding breath. Its the second GSXR they’ve had off me. The first K7 they stole from Charing Cross station car park. And that was Network rail security patrolled with CCTV and all them city cams around Trafalger square and Leicester Square.

Was nicked from the Leyton E10 area. They drove off towards Stratford E15 but could have gone anywhere once outa view.

Sorry for late return, working funny shifts at the moment.

think you answered your own question m8, you have to chain it to something at least.

Interesting development, as the van has appeared in this video (which linked to this thread).

I suppose it may have changed hands, or the plates could have been false…

That’s very interesting as their are some good images of the occupants at 2 minutes.

That’s probably worth forwarding to the Police as it was only uploaded yesterday! Good detective work Shaman.

Edit: Just noticed this thread is over a year old! :Whistling:

FFS, why can’t they keep there bloody fingers to them selves, gutted for you and hope they get it back for you.

gutted for you least you have the van reg but getting the details and how much will the met really try is anyones guess,

Even if you bolted it to the lamp post these guys where after your bike and prob still would have got it.

Also bike covers are a must if the bike is parked on the main road.