Hi guys I’m a newbie to the forum as well as biking (4 months experience with NO prior riding experience what so ever). I would like to build confidence on my bike and improve my riding skills I currently ride a 2013 CBR 600rr.

I was interested in the bike safe course and heard nothing but good reports from it however, my only dilemma is a small one. My number plate is the all correct etc apart from where it’s mounted as it sits next to the midpipe to get a better view it’s the TST licence plate bracket.

Anyways, I was wondering would the police end up giving me a fine if I turned up or would they just get on with the course but obviously make me aware of it etc?

I was told by the copper on the day that they’re not interested in picking up on that sort of stuff as long as the bike is roadworthy.
On the day I did mine there were loud exhausts and small plates.
The copper had a word with the guy about the loud can (it was ridiculously loud) but all in good humour, more of a friendly warning that it might cause him trouble in future.

As above, my bike had a Full Race system and a 7x4 plate on it when i done the Bikesafe, all they were interested in was it was Taxed, Insured & MOT’d. but as above, he did say to me i should really change it if i didn’t want any unwanted attention. But they are there to educate not punish you, they even get you to ride how you would if they weren’t there, on my one we pulled over on the country lane section and he said to ChrisB & Myself to not be scared to overtake and providing we stayed under 100mph on the lanes he would leave us alone

They guy who took me on my bike safe said the only loud pipes he hates are on Harleys. Only because he has to sit behind them for a couple of hours and ends up with a headache.

Just make sure you hit the 30 and 40 limits at the signs and not after them, otherwise as the others say above you should be fine.

So long as it’s road worthy they don’t care, they are more concerned with improving your rider safety on the day.

That only applies to Bikesafe though. Outside of Bikesafe they’ll pull you for illegal plates if they want to. I’ve not heard of anyone get pulled for an exhaust yet though.

One thing they tell you, and its good to keep in your mind all the time is, They are Bikers too, they are not Coppers who have to ride bikes for there job, they are coppers who have chosen to ride bikes due to there love for them, our guys had Panigales and R1’s as there personal toys and one was a Track Day god (His words not mine) It was weird at first being flanked by 2 police bikes and not thinking your gonna get pulled all the time, but once you get that out your head it is actually a really good day and very worth while doing. I won’t spoil it for you, but when doing the hazard perception module you will be amazed! it certainly opened my eyes to things.

Was that you at bm last night?

Not sure if they would approve of your plate there, as it can’t be seen from behind the bike (where is mounted above the rear wheel).
Not done biker yet though so I also don’t know what their standards are like

You can’t beat my plate position

It wasn’t like that when i left officer, Honest

I’d love to hear that full excuse. I can’t even think of a coherent Argument to make it Leagal.

lol. i’ll use Ruth’s tactics and flash some cleavage and flutter my eyelashes

That’s worked well for her… 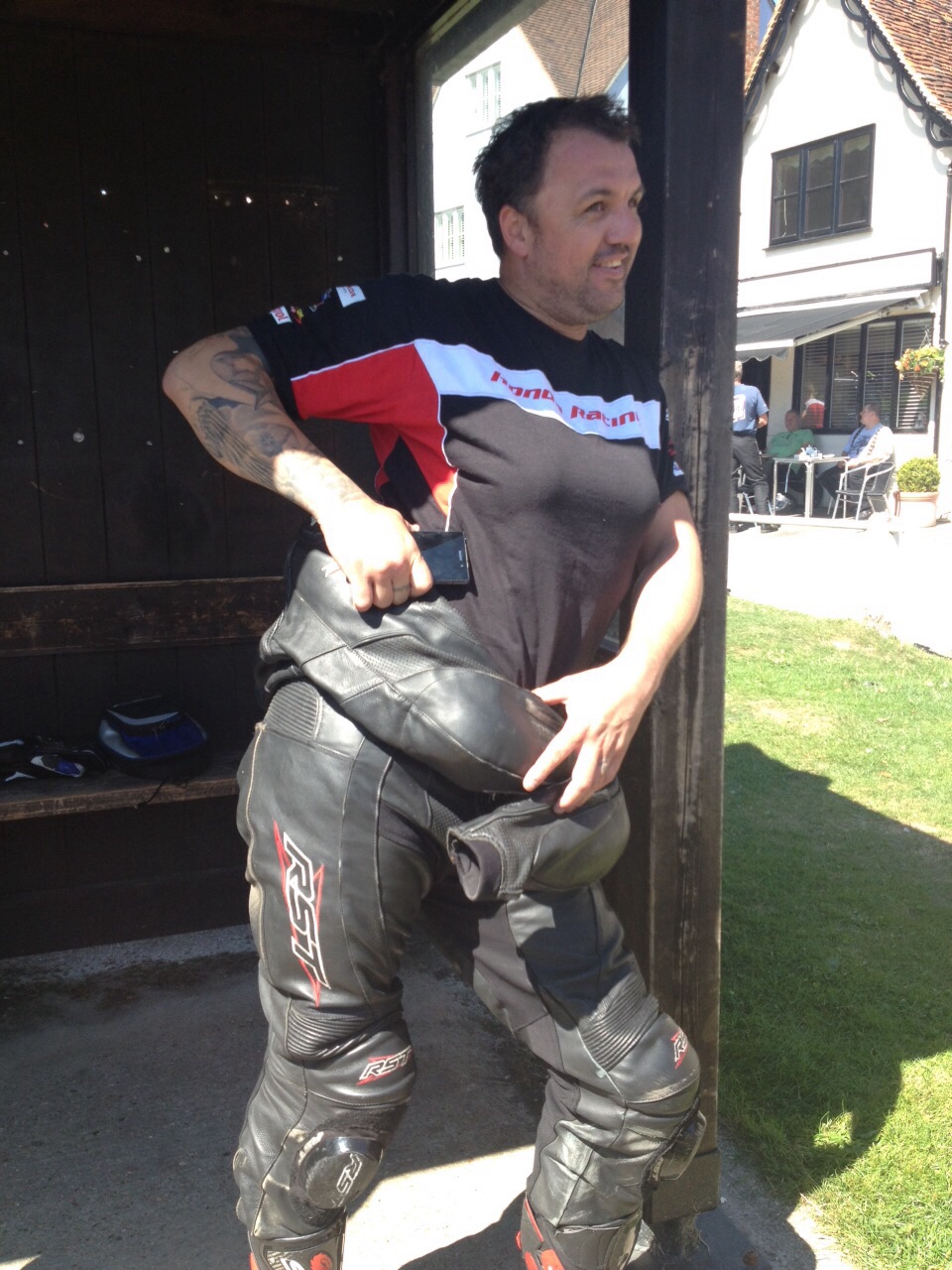 Yeah that was me last night.