Well i got my bike back on the road again after an off in Feb, i have sorted most bits like fairing, lights and levers etc…

but i have a problem with the bent peg! its on the RHS the brake lever peg, it looks like the rearset has turned in slightly but i think the bolt that holds the footrest on is what is actually bent?

could it be bent back or is it likely to snap? or i was think instead of a new rearset, replace the bent bolt and when it is tightned up it should hold in place?

unsure of what to do with it, advice aprreciated, some pics may help!

PS- the cable ties are to make sure i dotn lose my expensive peg!! 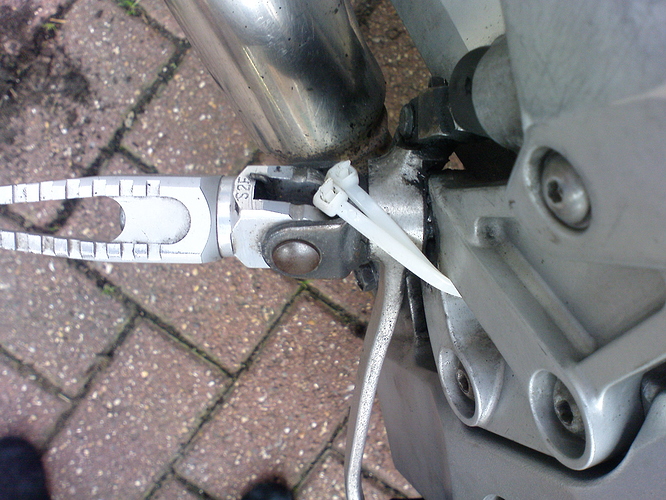 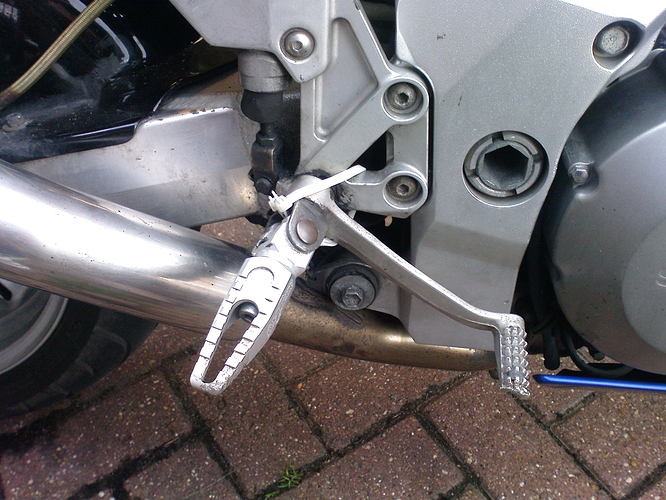 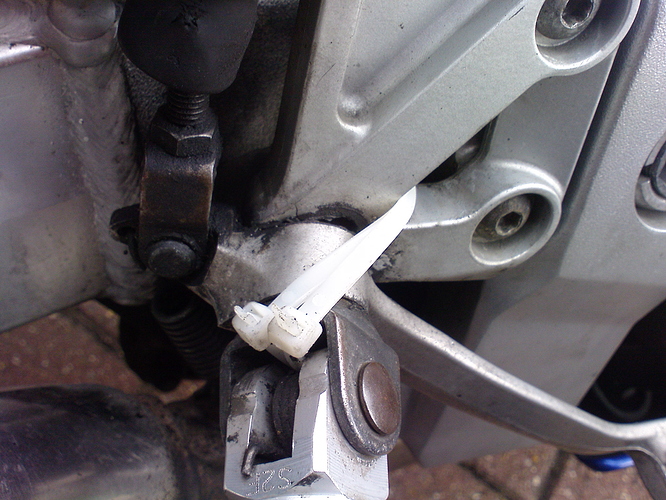 Looks like the hanger is bent too. A bit of heat can straighten all that out.

if its a good aftermarket peg you can usually buy each part individually, not got the original ones???

Looks like the hanger is bent too. A bit of heat can straighten all that out.

a mate has suggested that, heatign it up with a torch and tappign it to straight flatten it out again, tis Alli tho so it could snap? tho less likely if heated?

curtis the footpegs are put on using the original parts, all you change is the peg, they are Top Block Pegs:)

i reckon the hanger is the prob here, looks like theres a hairline crack and hole has been mis shaped by the bolt.

i would not chance the hanger.

i reckon the hanger is the prob here, looks like theres a hairline crack and hole has been mis shaped by the bolt.

i would not chance the hanger.

+1 on replacing the hanger.

In my experience Jap alloy doesn’t respond too well to attempts to bend it back into shape.

‘IF’ the hanger is cracked, i would weld it…but then it’s easy for me. If it’s an easily obtained part, replace it…depending on cost…i’m just saying that with heat it can be straightened. You’d be amazed at what i’ve straightened in aluminium. It’s more forgiving than most people think.

Would new parts be very expensive?

Thanks for the replies guys:)

had another look today, it tis indeed cracked, tiny crack but still, needs replacing, that and inside the hanger, theres a cut where the bolt sits? thsi has broken too, so found a hanger on Ebay for 14-20 odd dependig wich one i can get, plus a footpeg pivot point and bolt…

fully sorted today thanks to essential rubber! rounded off two bolts wich promtply snapped when we tried to extract them by other means!

the rearset was buggered! properly buckled, the bolt amizingly was fine, straight still!

few pics to show how mashed it was, thanks for the advice fellas:) 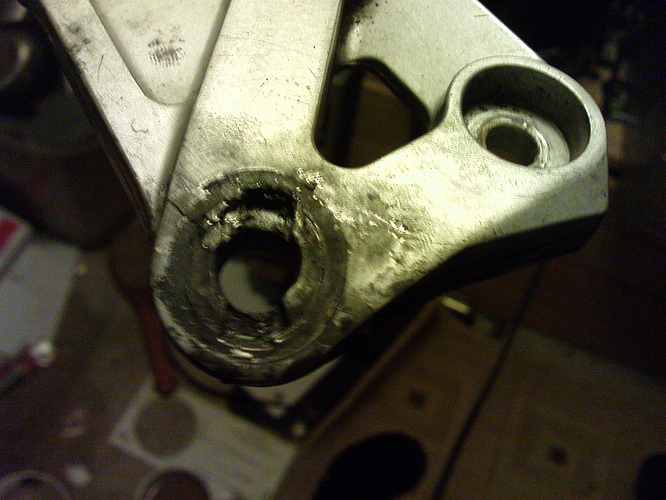 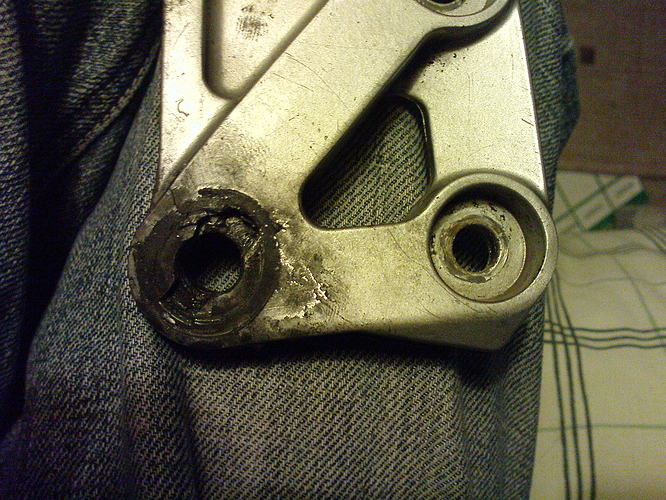 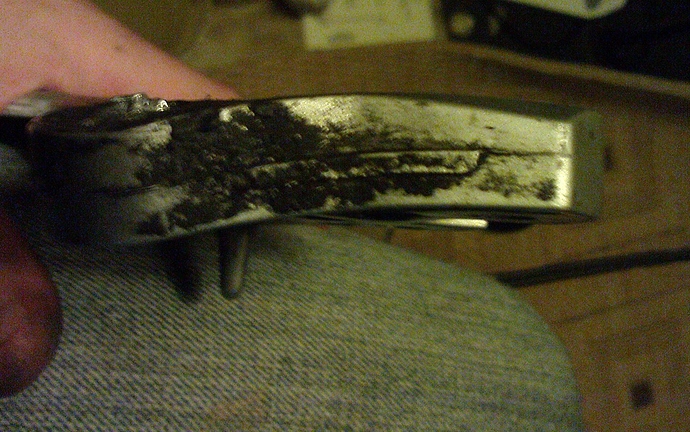