Just come across this Rossi rep pic which makes me think of jumping brands,

and then a silver R1 that definitely makes me think it.

Anyone seen a Rossi rep yet? And do they do an R1 version? 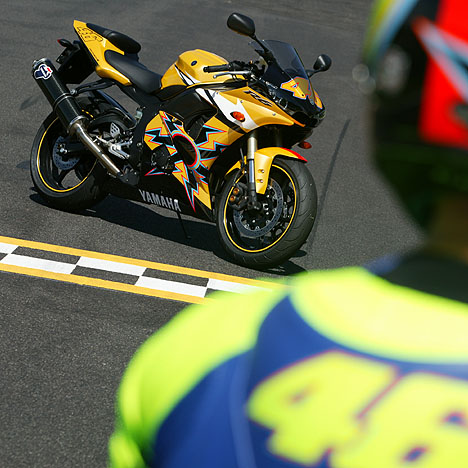 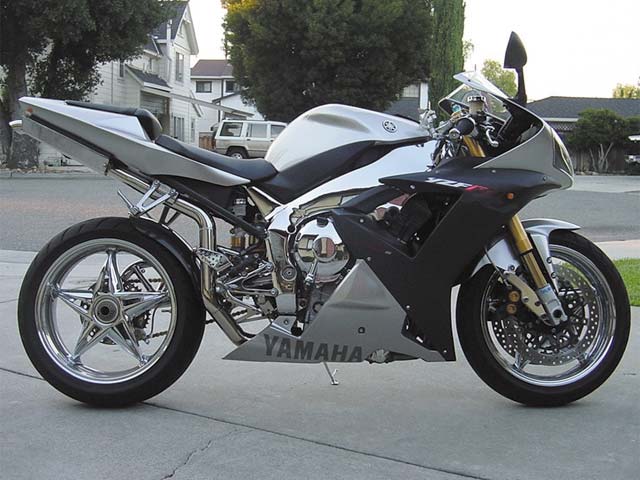 Its a special edition, only 2000 of them made I think. Full Termingnoni exhaust system, lowered upsidedown forks, race suspension. All of them have a print of Rossi’s signature as well. Its called the R46 and no there isn’t an R1 model, well unless someone has got the stickers and stuff… 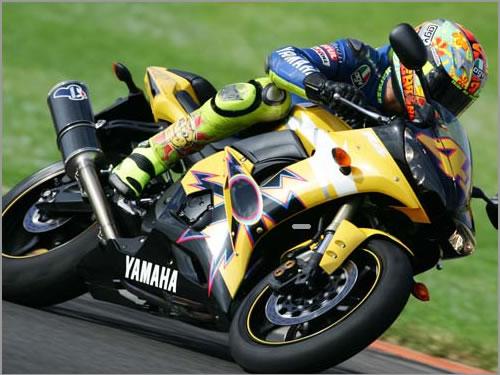 Hmm im not a fan. Its only like that on one side. Id have prefered a rep of his current M1 myself. But its a personal taste.