BBC not putting us in a good light...

What? L.B. does not rate honourable mention ?

The BBC exists in “bad light”

All to busy eating Prawn Sandwiches and reading the Times !!

I fail to see how that story gave normal bikers a bad name!

this is what i meant in sunday nights post, now all bikers are going to be classed as gangs of bikes and we all know what everyone thinks about bikers just sending out all the wrong messages, i am expecting to get stopped every 5 min and searched to see if we are carrying a gun, and as you say people get paid to write this sh-t

There’s mention of an anti-tank missile, nice to see that at least they make the effort to get the job done properly rather than farting about with hand guns

That really is a lazy piece of journalism!

No real story, more a collection of rag-bag quotes!

Still… someone has to create this simplified pulp, just didnt expect it to be the BBC.

The Independent ran quite an interesting piece today…

Surely they have more than 1800 members in 22 countries

that is that I thought, seems a little low in my opinion

You will find there is a difference between a paid up Member and an Associate.

I like this quote: “It is not unusual for 1,000 bikers to turn up for the funeral of one of their fellow members and form a procession on their Harley Davidson motorbikes.”

It sounds like a sentence a kiddie would write in a journal, having read an encylopaedia on the subject

You guys should join the protest! 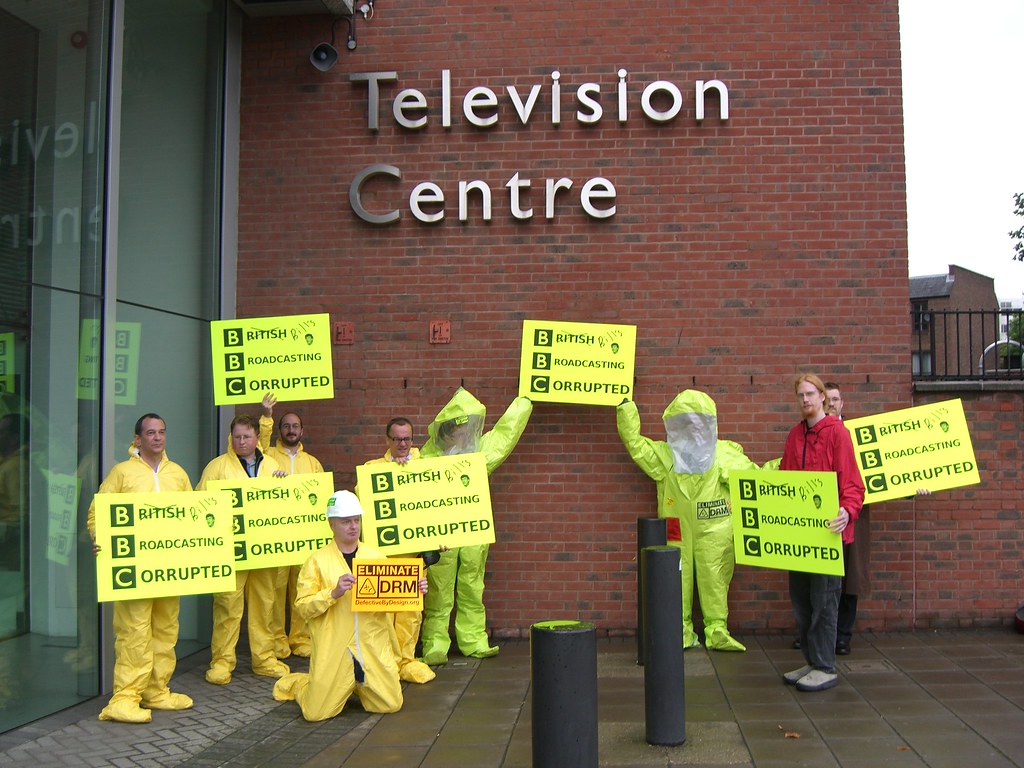 But violence between patch clubs in the UK is very low key compared with many other countries. Using military hardware on biker rivals is not uncommon in Scandinavia (http://gangstersinc.tripod.com/Biker.html) as shown by this small one month segment of chronology which is not untypical of wha twas going on i nthe 90’s in the Nordic countries -

We’re never shown in a good light, no matter what we ride …

People here are very lucky that biker gangs are so small. The ones in NZ and Australia are large and run a lot of the drugs and guns. In the UK this is done by a group of companies where the people work in the City of London. IMO, this is a good thing and not a bad thing at all. The sooner all gangs can be taken out of the world the better!

I remember being told at school that the only place to get drugs was to go to a gang HQ and buy them. The best thing about that is that nothing would put you off buying drugs faster than having to vist people like this: http://www.youtube.com/watch?v=cHUqaAHjbDE

There was a gang who would use fast bikes to run drugs around NZ. It was a laugh to be out on a ride and see a group of 5 or 6 of them with 2 of them having backpacks. I’d give it to some of them as they could ride well quick. But having something in your backpack that would send you down for 5 years would push even me to ride fast

I think it is great that we can all ride in groups over here without trouble. I remember a ride in Wellington where I seen a couple of Black Power members pull up at the same lights as me. Without thinking twice I jumped the lights and went! The twit gangs in NZ will bash you for your bike without thinking twice (if they could even think once

Whats all that about Matt ?