anyone have this issue with brembo RCS master cylinder?

First three days after I installed it, I had 20 ratio on and there is no leak; but as soon as I set it to 18 ratio, it starts leaks after every ride…

All the bolts has tighten to the right torque stated in the manual by the professional mechanic who I trust and he is also a friend. 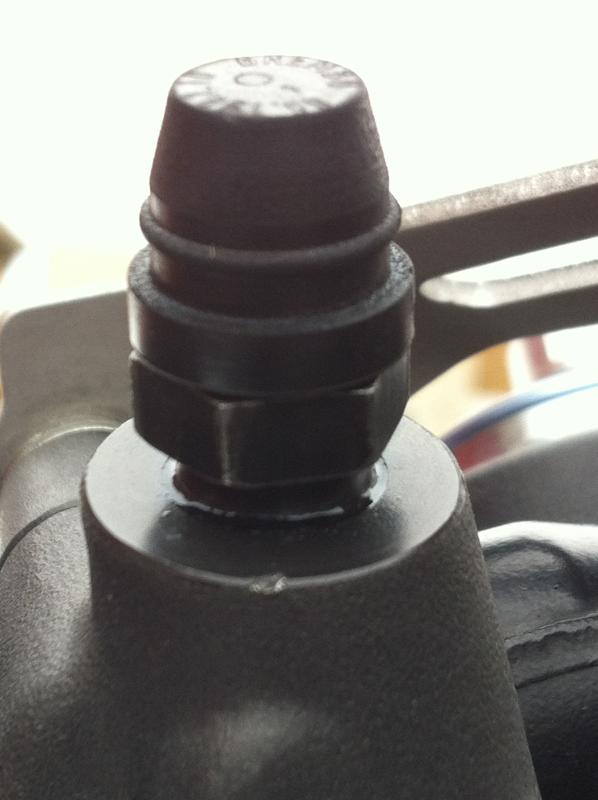 I have taken it off and sent it back to the seller last week, spoke to him on the phone yesterday, he said he had his supplier pressure test it and turned out nothing wrong with it (don’t know if he is chatting sh*t), so he said all he did are just cleaned the thread and put a new nipple on and it’s on its way back to me now.

I did a google search, there are quite a few RCS out there has the same problem, but they got dealer to replace the unit as its manufacturer machine fault (my dealer isn’t that nice I think). I have a friend which had same problem but he is lucky to sort it out by just replacing a new bleed nipple, I tried new nipple and it leaks even more…

Just wonder if anyone here had the same problem with their RCS and how they sort it in the end?

Funny enough, had this issue on a car fitted with Brembos recently, added a gasket (in the form of a nipple cover gasket combo) and the problem went away.
There was a bad seal was on the one nipple without said gasket cover combo.

Bleed nipples seal on the face of the seat not the thread, if the fluid is getting past the seat it’ll just flow up & out through the bleed hole in the middle of the nipple as that’s how they are designed to work (think of how you bleed brakes).

Sounds like the seating face in the MC hasn’t been machined properly, tell the supplier that you’re rejecting it as it’s unfit for purpose & want either a new replacement or your money back.

Ye someone suggest me that too, but ppl said it then wil leaks from top of the nipple

I’ve got a Brembo cylinder which I’m not using at the moment, I could lend you the bleed nipple from that to try out in yours, if that’s any help?

I’ve got a Brembo cylinder which I’m not using at the moment, I could lend you the bleed nipple from that to try out in yours, if that’s any help?

thanks Conrad B, thats very nice of you, but I just got the cylinder back from the seller on Wednesday and although he said he didn’t find anything wrong with it he still put a new bleed nipple on it, I am gonna fit it today see how it goes, finger crossed! :rolleyes: