Nothing happens and then some bloke starts screaming wildly at some poor woman in a car…?

sorry, but the guy on the bike is an arshole! he should come and ride around some roundabouts in London, that’ll show the shitbag what cut up means

That is typical American stupidity. First of all notice the 4 lane back road with almost no traffic. Then the car driver can’t keep to her own lane and the motorbiker can’t let it go and enjoy the fecking road. So the whole thing escalates and presumably the ar15s came out once the camera was switched off.

The caption says ‘this girl tried to hit me with her car, while I was riding my cbr600’. Looks to me as if the incident he’s referring to was at 0.10 while turning right the car driver did that very frowned upon in America driving violation thing and ‘ran a white line’. Fair play to the car driver, she never let the motorcyclist bully her into running a second white line at 1.43, as she cuts in, firm but fair in my book.

I was commenting on the video (RadlingtonBosh is my username) and the guy was coming back at me with some seriously strong counter arguments I must say… I was just about to admit defeat when he decided to ban me from commenting on his video.

So… Feel free to make your own comment on the video on the youtube page, see what happens

Hit the blue ‘New Reply’ button and you’ll get the tool bar in the reply window that includes a Youtubie icon, from there you can cut and paste the 'inter webby URL wotsit, use the one that contains ‘watch?’ i.e. http://www.youtube.com/watch?v=eC_vgxuzdSo

but remove the excess featured code as mentioned here

use the one that contains ‘watch?’ i.e. http://www.youtube.com/watch?v=eC_vgxuzdSo

I love the bit when he goes to raise his visor… and its already up! ha h a er ha?
Be fair, he’s frustrated cos there are NO turns on the road. He was bored, and I think he fancied the woman in the car, so he was looking for a way to chat her up.

I barely see an incident. Nubber.

right, after watching it few times i understood what went wrong. i wonder if that guy knows that this spot is where some drivers make this mistake and took it “easy” waited for someone to go into his lane to then tell them off. he did overdo it though, lol. had he moved off faster she may have gone into him. what he can also do is politely tell her to be thankful that it was a biker next to her and not a van or a truck… and yes i have seen at least once someone nearly cut up a van, nothing happened apart from a beep, but had a van driver not been observant who knows, maybe a massive dent in the side of their car will teach them 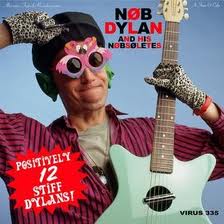 That’s all you hear in the video. If he’d done that and my mum was driving the car or something I’d go absolutely apoplectic.

Thanks to Pan for embedding it for me! I am so thick when it comes to even the simplest form of coding…

That biker is a twat. Simples. He’s blown up a total none event.