This may interest the photographers amongst us. If you’re not already aware, Apple are now trialing their previously mac-only image workflow application, Lightroom on the PC. It looks very cool, but at first it had me a bit baffled, but now after using it for a while, I’m starting to see clear benefits to using it, rather than my current combination of manual sorting and processing.

I like it because it handles RAW format images very nicely, allows you to make non-destructive changes to images, create collections of images easily, has a good export facility and can do a hell of a lot of image adjustment all in the application, before needing to fire something off into Photoshop.

The downsides so far are that because it’s a beta, it’s not that fast, and lacks a few features, but they’ll come, we’re told. I have a new and powerful computer and it’s a bit slow to run at times with Lightroom.

The real test of this application will come when we use it to process images for this weekend coming, for the World Superbikes at Brands Hatch event. We take a hell of a lot of photos at race meetings, especially over multiple days, so minimising the amount of time spent inspecting photos and adjusting them before they’re published is very important to us, especially if we want to get out of the media centres and get some food and drink before we collapse.

Screenshot from my desktop:

looks good - I might keep my eye on it.

was just reading about this actually, and been out looking at cameras over the weekend!

I imported 21k images into it, and it took a while to index them all, but the finished product will no doubt be much more polished and more performant. Can’t wait!

I downloaded the trial last week and had a brief play. Unfortunately it didn’t jump out and grab me… I have the attention span of a goldfish when I’m using new software, and if I don’t see clear advantages within several minutes I lose interest rapidly…!

been using it since the beta come out… i think to be honest its more of a replacement for Adobe Bridge which is slow, bloated and only ever good for RAW images IMHO…

First thoughts i like it, but it does seem like Adobe want you to have a total powerhouse of a machine to run their software right now.

I have a top AMD 64 X2 cpu, 2gb ram, fast SATA HD and SLI nVidia 5800GTX graphic cards, and it’s still a bit sluggish. It holds you up, which isn’t good, but I think it has promise. I need a way to handle my ‘workflow’.

Soooo will I need to upgrade then? 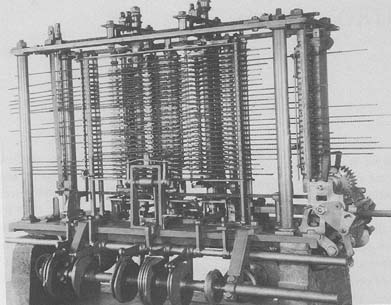 ahhh i thought you had a mac Jay?

good to know not all is lost

ive never got on with adobe bridge, always got the impression that although it was bundled with new versions of photoshop, that it was just another new program that they eventually wana start charging for- which if you say lightroom is similar, then that prooves the point!

No Steve, I work with PC’s. I’m looking to see if I can run the hacked version of Mac OS on my PC though, just need to get another HD to stick it on, and hope it works with my screen.

i can put you in contact with a man who’s running Vista, OSX & MCE to see how he is doing it. That said it’s on an Intel 64 Bit platford with of course AMD isnt.

This is a point I hadn’t thought of, thanks Lee.

Ah, I see why it’s slow, it’s still trying to generate a range of thumbnails for each of the thumbnail image sizes (slider down bottom right), whilst I’m using it. There’s a progress window you can open up to see what it’s doing.

About to install it on my laptop, will give it a good run at Brands this weekend. I’ve experimented with a complete cycle tonight, importing, selection, adjustments, full editing and exporting. I love the way when you need to do an advanced edit, you can open the image (a copy itself) in CS2 and then close it, which shows the edited version in Lightroom, so you’re just ducking out to CS2 to edit, and going back, very smart.

I like this app more now. Being able to crank the levels/exposure up on a group of shots, sharpen most of them, balance the colours etc, all very quick, far quicker than inflexible Jobs in CS2.