Like it says. My bike was stolen Sunday afternoon in London, UK.Being the slightly rarer Blue S model, I would appreciate it if anyone spots anything in parts or 2nd-hand bike sales.
It had a (very) high Renazco seat, BlackDog CW bash plate and Tim Hilsamer’s LongPegs.

UPDATE 1: It was datatool tagged - by the first owner - but the subscription lapsed before I bought it. Anyone know much about how datatool tagging works?
UPDATE 2: FWIW, it was taken from N1 4BT
UPDATE 3: Full list of distinguishing features after the photos 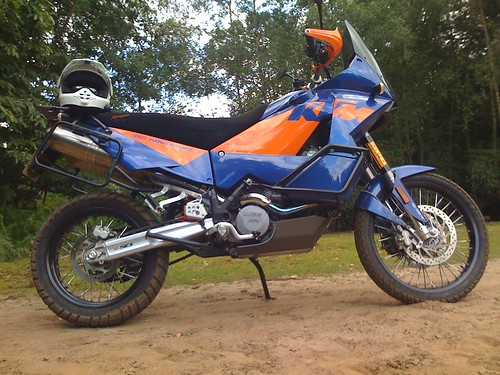 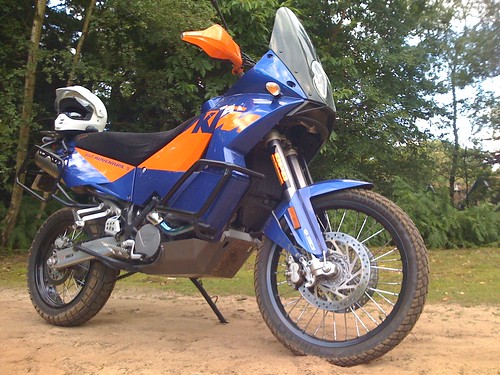 My friend had his Adventure stolen in Islington a couple of months ago. He got his bike back a few days later with only the ignition barrel messed up, otherwise not a scratch (even his Leatherman was still in the little compartment). I’ll ask him where it was found, you never know…

Er, sorry, cant find it… can you post a linky?

Er, sorry, cant find it… can you post a linky?

Spoke to Pete yesterday - got some good tips.