1 for those with bikes nicked 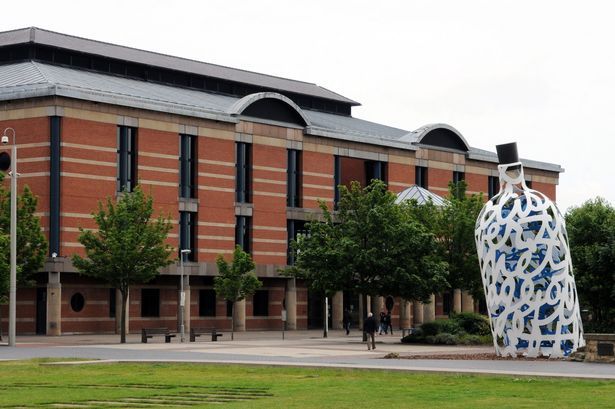 And before getting any negative feedback, no I’m not advocating what he did

And you'd go to prison for it?

Personally, I'd be annoyed/angry/infuriated but I'd like to think I'd put my own long term well being first.
The way I see it there is no real way to win here with the two options (let them have it, or run them over).
You lose your bike, or you go to prison.

At the very least have a suspended sentence which means you have travel restrictions- I couldn’t freely move about the planet as I do now if I had a criminal record.
Why let the little scrotes have that sort of hold on you?

Still… not a lot of sympathy for them.

Bet they were really promising footballers though

He totally over responded, and he’s going to get punished heavily for it.  However, I would not be surprised if a few motorcycle clubs/forums were to get together and financially support him wwith a good legal defence.

If I saw someone on my blade (before finding out it had been recovered) im affraid I would consider doing something similar. Yes I know its not the correct answer but it was my pride and joy and it was taken from me by people that dont deserve the air they breath

Sounds like they were all promising footballers, including the guy driving the car.

Having said that, I have seen the red mist when I was driving around town (in car) and this guy on the bike was literally giving me no distance at all (behind me). As I pulled out into the sainsbury’s he gave me the wanker sign. I’m not sure why I did what I did next but I gave chase. I wouldn’t have run him down but wanted to see if he had the balls to get off his bike and say that to my face. Turns out he didn’t as he sped away and I didn’t bother as I thought I would be more at risk of causing an accident trying to play catchup with a bike. I can sympathise with the notion of doing something stupid because of anger but this is on the extreme end of things.

The guys on the bike must have been idiots to think they would get away riding 3 up???

Promising footballers with a large circle of friends & family, what a tragedy

Good riddance! I don’t care if it’s not politically correct, they deserve all they got. I work my ass off to be able to afford things I own and nothing gives scum like them rights to take it from me.

It’s not just the loss of things I love, it’s also the increase in premiums me and other bikers have to then pay.

A fella on Ktm forum did exactly the same thing years back. Kids lifted his bike over four garden walls to remove it, see it near a roundabout so smashed into the kid and got his bike back. Kid run off and police was not involved

The sort of person who resolves disputes by driving into people...